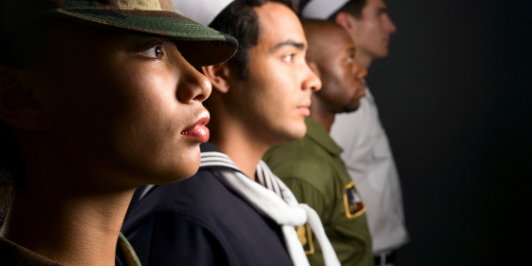 According to the Federal Trade Commission, veterans lost approximately $60 million to fraud in 2020. Among the greatest fraud threats to this group is “imposter” fraud.

In this scheme, a criminal calls, emails, or texts potential victims and pretends to be working for the Veterans Administration (VA) or another government agency. Perpetrators might claim they need personal information, such as Social Security or bank account numbers, to authorize the release of benefits. Instead, they use that data to commit identity theft.

Other times, perpetrators pose as financial advisors who convince vets to exchange their pensions for up-front cash payouts. In most cases, the payouts are worth less than the pensions. Or fraudulent advisors may tout special benefits programs that can be accessed only by paying a fee. After paying, the fraud targets learn the programs don’t exist.

If you’re a military member or vet, don’t provide any information about yourself until you’ve independently confirmed the identity of anyone claiming to be a government official. Call the agency’s official phone number to inquire about the matter.

Never give anyone Social Security, bank account, or credit card numbers over the phone or in response to electronic communication. Legitimate representatives from the VA, IRS, or state unemployment agencies won’t ask for them.

Contact us with questions about these or any other form of financial fraud.