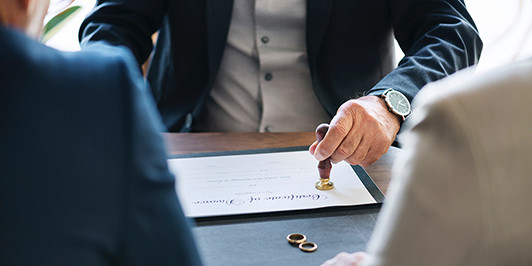 When couples divorce, financial negotiations often involve alimony. The tax rules regarding alimony were dramatically changed by the Tax Cuts and Jobs Act (TCJA) of 2017, but existing agreements have been grandfathered. In addition, the old rules remain in effect for divorce and separation agreements executed during 2018.

Next year, the rules will change, and the roles will be reversed.

Under divorce or separation agreements executed in 2018, and for many years in the past, alimony payments have been tax deductible. Moreover, these deductions reduce adjusted gross income, so they may have benefits elsewhere on a tax return. While the spouse or former spouse paying the alimony gets a tax deduction, the recipient reports alimony as taxable income.

Beginning with agreements executed in 2019, there will be no tax deduction for alimony. As an offset, alimony recipients won’t include the payments in income.

Just as people shouldn’t “let the tax tail wag the investment dog,” so taxes shouldn’t dominate divorce or separation proceedings. However, it’s also true that taxes shouldn’t be ignored. If you are in such a situation, our office can help explain to both parties the possible savings available from executing an agreement during 2018, rather than in a future year.

The new rules will be in effect beginning in 2019. With no alimony deduction and a tax exemption for alimony income, it may be desirable to consider after-tax, rather than pre-tax, income when making decisions. Speaking very generally, there may be less cash for the couple to use after-tax.

Keep in mind that, as of 2019, not all states will have alimony tax laws that conform to the new federal rule. Your state may still offer tax deductions for alimony payments and impose income tax on alimony received. That’s all the more reason to look at after-tax results when calculating a divorce or separation agreement.

The impact of the new TCJA on spousal negotiations may go beyond the taxation of alimony. Among other provisions to consider, the TCJA abolishes personal exemptions. As a tradeoff, the standard deduction was almost doubled.

In some past instances, divorcing spouses would agree that the high bracket party would claim the children’s personal exemptions, which effectively were tax deductions, in return for some other consideration. Now those exemptions don’t exist, so they shouldn’t be part of divorce negotiations. If you previously entered into an agreement that included the treatment of children’s personal exemptions, you may want to consult with counsel to see about possible revisions.

Payments to a spouse or former spouse must meet several requirements to be treated as alimony for tax purposes. The following are some key tests:

If you have a situation like one of the above, give us a call to help you understand the potential tax implications in future returns.