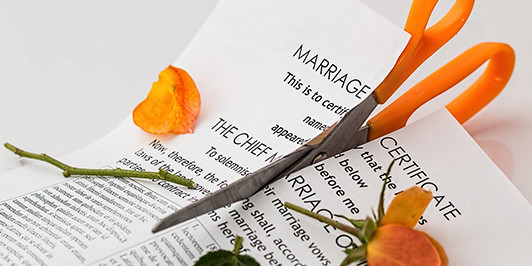 If so, it’s critical to understand how the Tax Cuts and Jobs Act (TCJA) has changed the tax treatment of alimony. Unfortunately, for many couples, the news isn’t good — the tax cost of divorce has risen.

Under previous rules, a taxpayer who paid alimony was entitled to a deduction for payments made during the year. The deduction was “above-the-line,” which was a big advantage because there was no need to itemize. The payments were included in the recipient spouse’s gross income.

The TCJA essentially reverses the tax treatment of alimony, effective for divorce or separation instruments executed after 2018. In other words, alimony payments are no longer deductible by the payer and are excluded from the recipient’s gross income.

The TCJA will likely cause alimony awards to decrease for post-2018 divorces or separations. Paying spouses will argue that, without the benefit of the alimony deduction, they can’t afford to pay as much as under previous rules. The ability of recipients to exclude alimony from income will at least partially offset the decrease, but many recipients will be worse off under the new rules.

For example, let’s say John and Lori divorced in 2018. John is in the 35% federal income tax bracket and Lori is a stay-at-home mom with no income who cares for John and Lori’s two children. The court ordered John to pay Lori $100,000 per year in alimony. He’s entitled to deduct the payments, so the after-tax cost to him is $65,000. Presuming Lori qualifies to file as head of household, and the children qualify for the full child credit, Lori’s net federal tax on the alimony payments (after the child credit) is approximately $8,600, leaving her with $91,400 in after-tax income.

Suppose, under the same circumstances, that John and Lori divorce in 2019. John argues that, without the alimony deduction, he can afford to pay only $65,000, and the court agrees. The payments are tax-free to Lori, but she’s still left with $26,400 less than she would have received under pre-TCJA rules.

If you’re contemplating a divorce or separation, be sure to familiarize yourself with the post-TCJA divorce-related tax rules. Or, if you’re already divorced or separated, determine whether you would benefit by applying the new rules to your alimony payments through a modification of your divorce or separation instrument. (See “What if you’re already divorced?”) We can help you sort out the details.

What if you’re already divorced?

Existing divorce or separation instruments, including those executed during 2018, aren’t affected by the TCJA changes. The previous rules still apply unless a modification expressly provides that the TCJA rules must be followed. However, spouses who would benefit from the TCJA rules — for example, because their relative income levels have changed — may voluntarily apply them if the modification expressly provides for such treatment.